Tuberculosis – The Burden of Conditionality 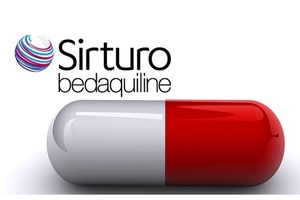 The Indian Government, in its attempt to fight tuberculosis, has decided to make BDQ available through a conditional access program being funded mostly by a Janssen-USAID (United States Agency for International Development) donation to low and middle income countries.

This conditional access restricts the use of BDQ to the RNTCP alone and aims to provide free access to BDQ through the national program, to patients who truly need this new drug. Through a conditional access program, the drug will initially be made available only through six sites across the country, in tertiary care hospitals that have a strong mechanism of pharmacovigilance in place that can help monitor the adverse effects arising from the drug. This is important since phase-3 clinical trials of the drug have not been conducted and the drug is known to cause many side effects. A similar model had also been adopted by Brazil, where most major anti-tuberculosis drugs were not available through the private sector/ open market. Consequently, Brazil, today, has a low rate of MDR-TB. The government also wants to prevent a rise of resistance to BDQ due to indiscriminate use in the private sector- a situation that has arisen for most other tuberculosis medicines in India.

While the prospect of having access to a new anti-tuberculosis medicine seems lucrative and the strategy of restricting the issue of BDQ through the public health system can help prevent resistance, there are a few evident setbacks.

The most important is that this program is being funded through a ‘donation’ by a US based organization (USAID). The donation consists of 10,000 courses of the drug over a 4 year period.  The sustainability of such a donation is highly questionable since the manufacturing company has an existing patent (and more applied for approval) that prevents generic versions of the drug until 2029. Before the donation gets through, 600 courses of BDQ will be made available to the government directly from Janssen, also through conditional access which will restrict it to only six sites across the whole country, which are invariably tertiary care hospitals due to the need for pharmacovigilance. Patients who require BDQ in places other than these six sites will have no access to the drug, even though the drug is registered for use in India as well as available in the National TB Control program. It should also be understood that the moment BDQ is released to the National TB Program, the manufacturing company will cease the issue of BDQ under ‘compassionate use’ to Indian patients. It will adversely affect prospective new patients and also patients already started on BDQ through ‘compassionate use’.

Another major requirement is the need to hospitalize patients while on BDQ, to monitor the adverse effects and intervene. Bedaquiline surely has many side effects and demands a strict monitoring, but the need to hospitalize the patient takes us a step backwards from the constant effort at decentralizing TB treatment, especially for a drug that is probably the only chance at a second lease of life for many.

In such a situation, the government may consider a mechanism of accrediting hospitals on the basis of their capability to provide treatment with BDQ and monitor adverse effects, and then make BDQ available through all these hospitals, rather than just six sites in the country. The government can also launch an initiative of improving pharmacovigilance in other public sector hospitals, accompanying the launch of the first 600 courses of the drug, so that the reach of the drug can later be up-scaled geographically. Additionally, the hospitalized patients may be provided some financial and/or social support to enable the process of hospitalization.

The question that will remain is how, in such events where the need to restrict and control a treatment option is high, can equity be achieved. As is evident, increased access is not necessarily equitable and the burden of conditionality can, at times, weigh heavier than the burden of disease itself.