Gilead Sciences, a US based pharmaceutical company and the manufacturer of the new anti-Hepatitis C drugs, sofosbuvir and ledipasvir, announced a voluntary licensing (VL) agreement with seven Indian generic companies in September 2014.[1] The VL agreement enabled these Indian companies, including Natco, Hetero among others, to produce and sell these effective new drugs in India in order to overcome their prohibitive price barriers. The agreement was later expanded to include another drug GS-5816 in January 2015.[2] 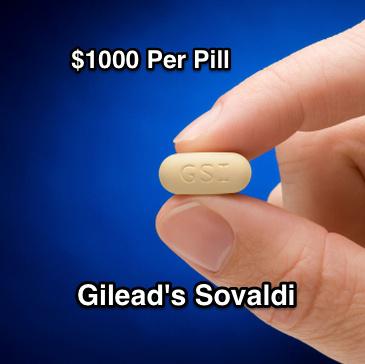 While this may seem to be a great step taken by a pharmaceutical giant that may help improve access, the reality stands to be very different. Though Gilead Sciences ‘permits’ these Indian generic companies to manufacture and sell the drugs locally at prices substantially lower than the ones available in much of the developed world, it imposes many conditions on the products and processes of manufacture and sale that are far from anything that can be called equitable.

A voluntary license, in general, is an arrangement where ‘Patent holders may at their discretion, license to other parties, on an exclusive or nonexclusive basis, the right to manufacture, import, and/or distribute a pharmaceutical product’.[3] It is claimed to be one of the strategies of price reduction even in the presence of prohibitive patents. However, the main downside of voluntary licenses is the inequity in access which it creates- making low cost drugs available in certain geographical regions but not in some others. Restrictions can also be imposed on the generic companies in relation to the source of the ‘Active Pharmaceutical Ingredient’ (API), the price range and the royalty money that should be paid to the originator companies.

Gilead’s VL for sofosbuvir, ledipasvir and GS-5816 (now called velpatasvir) is no less restrictive. The VL will make the drugs available in 91 countries, including India, but not in more than 50 middle income countries which have two-thirds of the world’s burden of hepatitis C. These middle income countries will continue to pay prices equivalent to that in the developed world. Besides this, there are also restrictions on the procurement and export of the active pharmaceutical ingredient of the drugs. Gilead has thus ensured that it portrays itself to be concerned about access to medicines, even as its biggest markets are kept intact at high prices.[4]

More notably, many of the 91 countries which are a part of the VL agreement are low income countries that do not yet have any patent barriers to the production of generic versions of sofosbuvir, ledipasvir and velpatasvir. The Least Developed Countries (LDCs) are exempted from enforcing the agreement on the Trade Relate Aspects of Intellectual Property Rights (TRIPS) for a specific length of time. During this period the LDCs won’t have patent barriers that exist in middle income countries such as India. It is commonly accepted that generic competition is a credible way to drastically lower prices of expensive drugs in the market. Generic competition in LDC countries where there are no patent barriers would have produced the cheapest versions of the drugs without any conditions laid down by the originator company. A good example is ‘Hopetavir’- the first generic version of sofosbuvir which was manufactured and marketed by a generic company in Bangladesh, a Least Developed Country. Despite the presence of patent barriers, generic competition in middle income countries could have been made possible through a “Compulsory License” (CL), whereby, the government could authorize a company to manufacture drugs of public health importance, even in the absence of permission from the patent holder. However, a VL agreement between Gilead Sciences and the Indian generics implies that some of India’s leading generic companies, which were competent to avail a CL agreement with the government, will now not be able to do so. This conditional exclusion of the possibility of a CL is one of the major fallouts of the current Voluntary License agreement. The VL, then, becomes more of a restrictive tool to safeguard the interests of Big Pharma than a tool to increase access to medicines.

Brazenly enough, Gilead also wants to implement the ‘anti-diversion policy’,[5] whereby, Gilead would restrict the possible movement of these drugs from its licensees and distributors, to other patients in India and abroad who try to access the drugs from companies/ distributors which are not a part of the VL agreement. It is not only unethical from an equity perspective but also unethical because it breaches confidentiality of patient data, puts extra burden on the patients and their treatment providers which may lead to treatment default and rise of resistance against these very effective drugs. In such a situation, where massive restrictions are being put on the companies and patients seeking treatment through the VL agreement, it is not surprising that ‘Buyers’ Clubs’ have sprung up in many parts of the world, very similar to those which had operated back when HIV medicines were not commonly available.[6] These clubs are helping patients buy/ smuggle generic versions of the drug being made in India under the voluntary license and also generic versions of sofosbuvir made in other countries which are unhindered by regulatory aspects and also have the technology required to manufacture these drugs, for instance Bangladesh’s ‘Hopetavir’.

While Buyers’ Clubs may well solve the problem at hand for many, for most others with less awareness and agency, access will continue to be a big issue until governments across the world identify the Hepatitis C epidemic; take stringent regulatory measures to make new drugs accessible, and also promote and enable generic competition to bring down prices.